I attended the Baltimore Waldorf School in the late 80s and fifth grade was all about Ancient Greece. We studied the mythology, the history, the geography. I have memories of building models of famous Athens landmarks, we put on a class play complete with Greek Chorus (though I’m fuzzy on the plot), and a relief map of the country made from wood and plaster hung on my bedroom walls through high school. Overall, it made an impression.

I’m not sure Maya and I are doing as thorough a job on our own, and I don’t intend to make a full year out of our little unit, but we are exploring the topic a variety of ways. 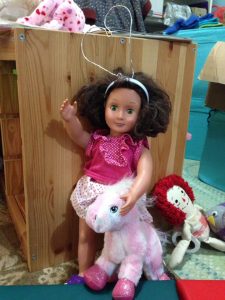 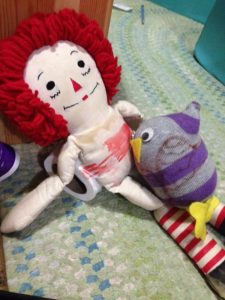 Prometheus having his liver pecked out by Zeus’ eagle.

Making little tableaus of the stories was Maya’s idea. That’s what she did as she listened to the recording of D’Aulaires’ Book of Greek Myths.

And since she also had coloring pages with a couple of sentences about each mythic figure, she began filming the tableaus with her reading the text. 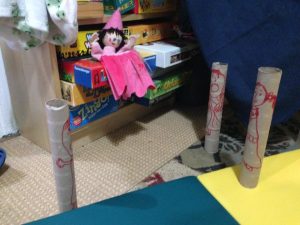 Medusa and her victims 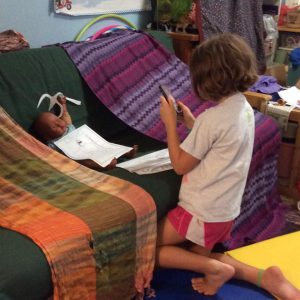 And we’ve managed to keep alive the idea that she doesn’t do anything on mommy homeschool days (I guess because it doesn’t involve long division).

Sources so far have been: