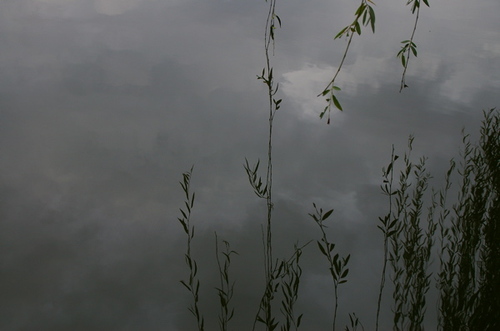 . . . and maybe a little tranquility

Find a new physical event goal.
Nope, I never did.  I kept considering all sorts of races and then deciding against them.  Each threatened to skew my workouts entirely toward one activity.  I’ve been running, biking, swimming, and doing yoga.  It took me all year to come a good balance of those activities.  It took a full eleven months to come to terms with running only twice a week.  I’d been running three days a week for years, which is a recommended minimum for building to longer distances.  However, if my longest run is 6 miles, twice is sufficient.  Twice, doesn’t support running 10 milers and half marathons.  I think that’s ok for now.

Do more yoga.
Yep. I spent 4 months early in ’06 attending Bikram classes before changing jobs/graduating/going to China.  Since returning I’ve been much more regular at yoga than I have in years.

Bake more.
When I mentioned in my last resolution post about wanting to really enjoy my allotted 3 starches per day, I was reacting against both the quality of mass produced baked goods and our detachment from their creation.  In the last year, I have found cooking and baking from scratch to be incredibly satisfying.  I’m confident about the quality, can control the nutritional content, and am connected to the creation. I even made the foray into yeast breads.

We have recently acquired a soy milk maker which rapidly makes a quart and a half of hot soy milk from soaked beans but also results in a couple of cups of nutritious, high fiber soy pulp.  Luckily, the pulp, called okara, can be baked into almost anything for a nice nutritional punch and a little extra leavening action.  I predict more bread in 2007 . . . and many okara veggie burgers.

Here’s wishing you a balanced, tranquil, and joyous new year.